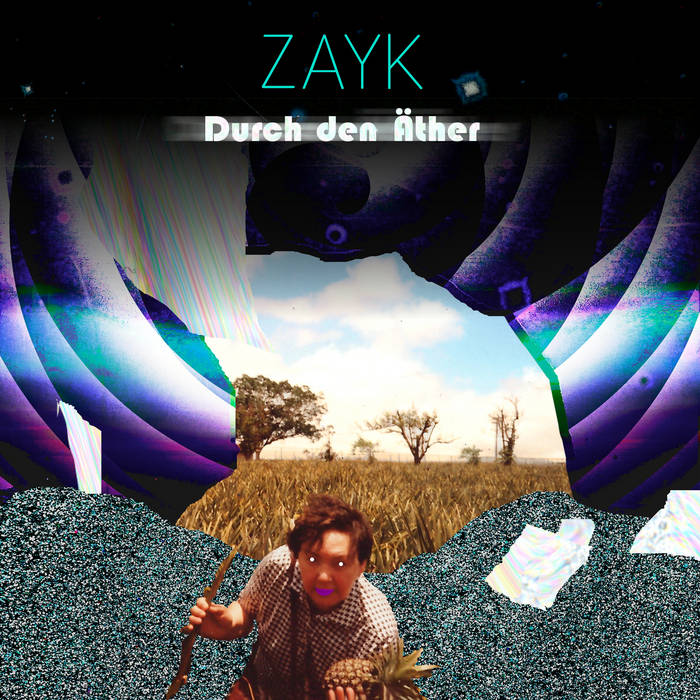 to purchase a physical copy, please go to Bongo Joe Records, or buy it at a show:

'Durch den Äther' was recorded in June 2016 at Zi Jin Cheng Studio. All songs created and recorded by ZAYK, various overdubs by David Ashby and Elias Raschle. Recording and Mixing by David Ashby, Zi Jin Cheng Studio and Elias Raschle, Hot Dogma Records. Mastering, vinylmasterng and cut by Flo Kaufmann. Artwork by Juliette Rosset, support by Janosch Perler. Special thanks to: David Ashby for a magical time at Zi Jin Cheng Studio and for his patience and support behind the recording desk, Elias Raschle for his creative support and to our friends who constantly help us in every way imaginable. With support from Stadt Zürich Kultur, Pop Kredit.
Les Disques Bongo Joe, 9 Pl. des Augustins, Genève, Switzerland. All rights reserved 2016. zayk@gmx.ch

Bandcamp Daily  your guide to the world of Bandcamp